It’s been roughly 3 years (July 2010) since Limbo was first released to the Xbox 360 platform.

Since then, it went on to accommodate practically every other major game platform besides the very much new Xbox 1. I myself first became familiar with the title back in 2012, a few months after it was released to the App store on Macs. It already had a decent number of reviews. I could tell it was going to be something big, because all the reviews were pretty much 5 stars (ya DERP).

And you know, from time to time, I’ll perform this mechanic sort of robotic operation: look up new games on the App Store, evaluate their reviews, watch a few minutes of game play, try out game. 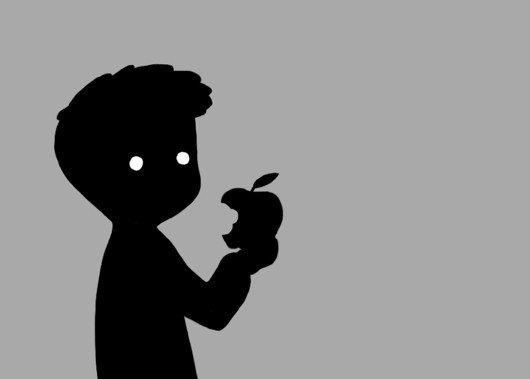 The graphics are pretty much what got to me. Those spider legs without the rest of the body (initially anyhow), the boys with spears in their hands which made me recall how strange the book “Lord of the Flies” was for me, the turret machine guns, that HOTEL sign – they all looked so ominous, so macabre, so depressing. I liked how the blood itself wasn’t even red and glaring, it was just black liquid. And how everything in the game was a hue of black or white.

Dubbed as a “trial and death” kinda game (which are my favorite kind, tbh), Limbo ended up as my first experience in gaming where my character first ended up getting killed by a box. That’s right. Just a friggin’ box. Yes… the first time I died in the game was when I let a box fall on top of the weird boy.

So then I realized pretty quickly that I need to treat this little kid like an ACTUAL kid. He was fragile and he didn’t have any super powers, besides being a decent runner and jumper and honestly we could just assume he has ADHD or something so there you go. I mean, he was just supposed to be this kid that had to, for whatever reason, endure this sort of strange purgatory filled with objects and creatures and other little kids that just wanted to kill him off… which is all kind of sad in a screwed up kinda way, but while you’re helping him evade all the blood loss, your hope for his future only swells too… you know, in a kind of screwed up pitiful kinda way.

Even so, while the hope increases, the excitement after death only does too. The addiction. If some of these puzzling, think of out of the box type situations don’t appease you, then the back story will. One of the best parts of this game for me was being able to resist cheating. If you cheat, the game is basically ruined. You don’t have that sense of joy that you received from finishing it anymore. Of course, if you do want to cheat, there’s always YouTube…

There isn’t any clear story line in this game, which is always cool because you can make one up yourself. The only characters you really get introduced to in the game are giant spiders and their giant legs (not to mention their carcasses), no face boys that are trying to kill you (see below for a picture of their leader), and this equally creepy girl that you only see twice the entire game, in the beginning and in the end. 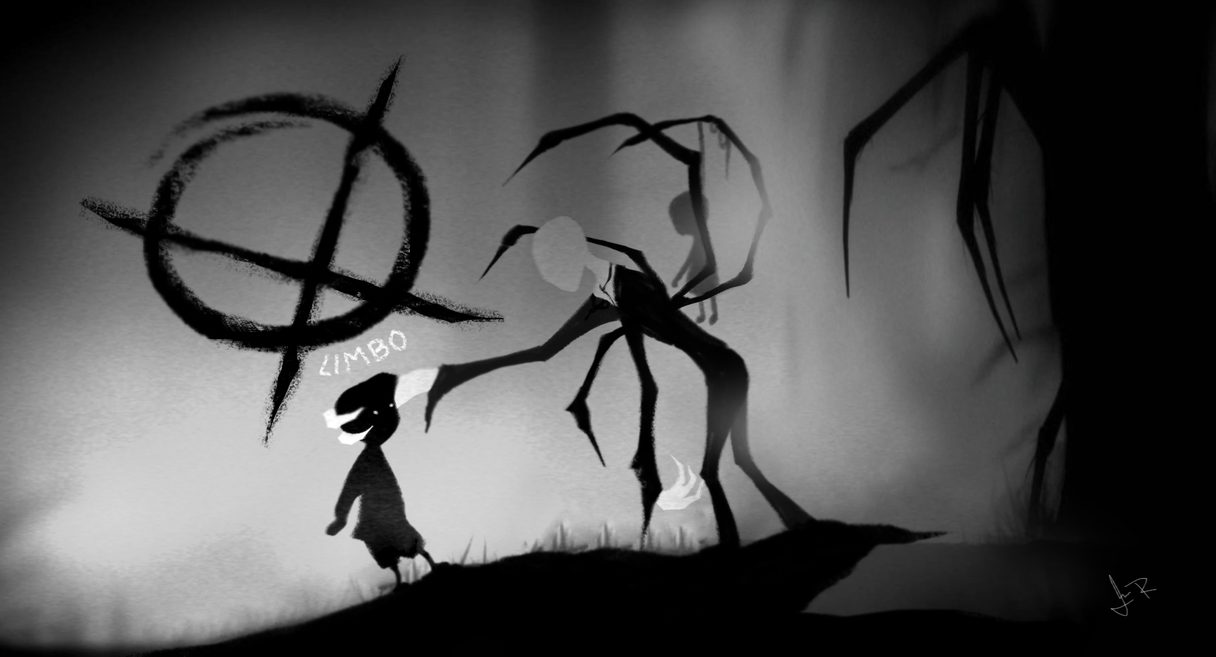 Limbo Crossover: The leader of the no face boys… Slender Man

So bam, right there, that whole beginning and then the creepy girl instance at the end made some people theorize that the game itself is just an never ending instance of this boy’s LIMBO, because he just ends up in the same place again. Initially, I just thought okay so there’s this boy that I control and he really wants to reunite with his girlfriend/sister. Okay, cool, let’s play. 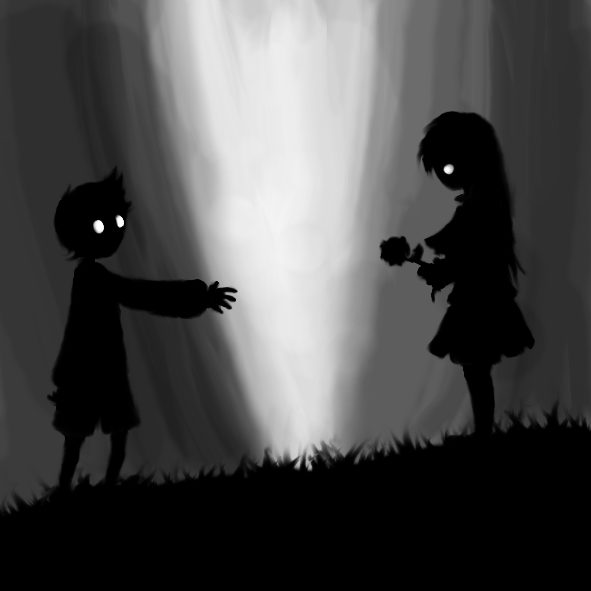 After I finished the game, I was kinda confused, so I went ahead and did a standard Google search and it all made a whole lot more sense – at least when it comes to the origin of the title and why there’s no adults or teenagers (darn) in this game.

You see, Oxford Dictionary tells me that in Christian theology, “limbo” is this place where all the unbaptized infants reside. Unbaptized infants. I mean, geez. Who would have thought that they would have a special little place for even those guys?? NOT ME, BRO. NOT ME. An equally sinister second definition is “limbo” being defined as a state of neglect or oblivion, e.g., “children left in an emotional limbo“. Now, someone tell me it’s not even weirder that the example sentence for the second definition was that EXACT same thing I just typed: “children left in an emotional limbo“. All I gotta say is… SKETCHHHHHH! Considering all the subtle horrific encounters I went through while in Limbo, either theory makes sense. The subtlety too, man

Pyramid Head chilling with all these hanging (unbaptized?) kids…

Anyhow, hoped you enjoyed this review! Be sure to check out the sweet fan artwork that feature Limbo crossovers and check out their sweet new game when it comes out called INSIDE (featured below).