Volunteered for Operation Smile all throughout high school.

There are more than 900 Operation Smile Student Clubs and associations in 38 countries all over the world and across all age groups that build awareness, raise funds, and empower students to create positive change through our four pillars of philanthropy: Leadership, Education, Service, and Awareness.

School clubs and associations hold a variety of events, meetings, and campaigns throughout the year to raise awareness and funds for Operation Smile. They participate in service projects, donation supply drives, and signature events held throughout the year.

Operation Smile is an international medical nonprofit that provides free, safe surgery to individuals born with cleft lip and cleft palate around the world.

Not only do our student volunteers learn the power of community and compassion, they learn they can indeed change the world for the better. Through Operation Smile, students have opportunities to serve others, to be leaders, to learn different cultures and to trust their capabilities.

I used Apple Keynote to design this potential T-shirt design. In the end, we decided our money was better spent on something else.

I used Apple Keynote to design this infographic to show what we needed to find to create smile bags. 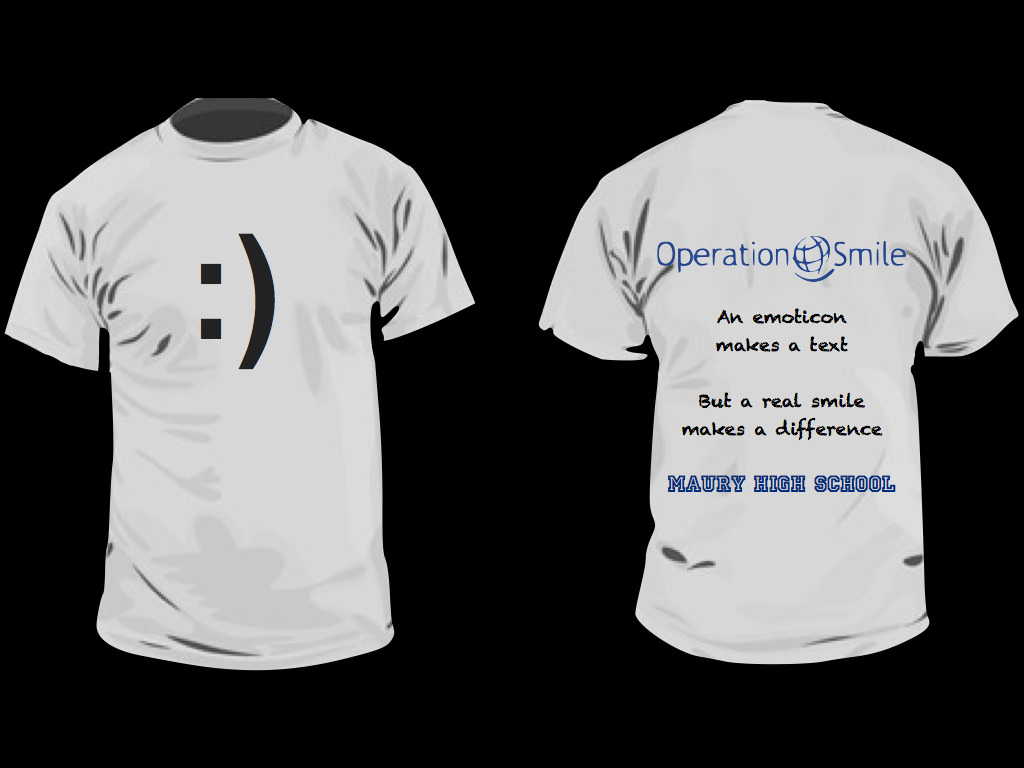 I used Apple Keynote to design these posters that we hung around the school for a fundraiser at a local frozen yogurt place.