Latinx professionals in the entertainment and tech industries, hosted by SOMOS Netflix 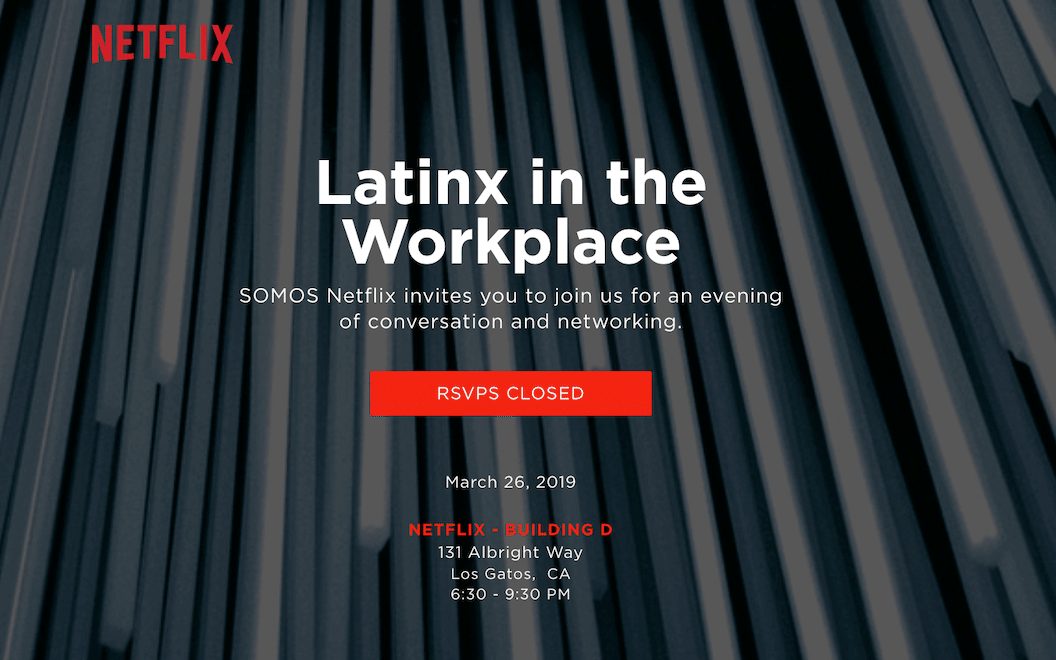 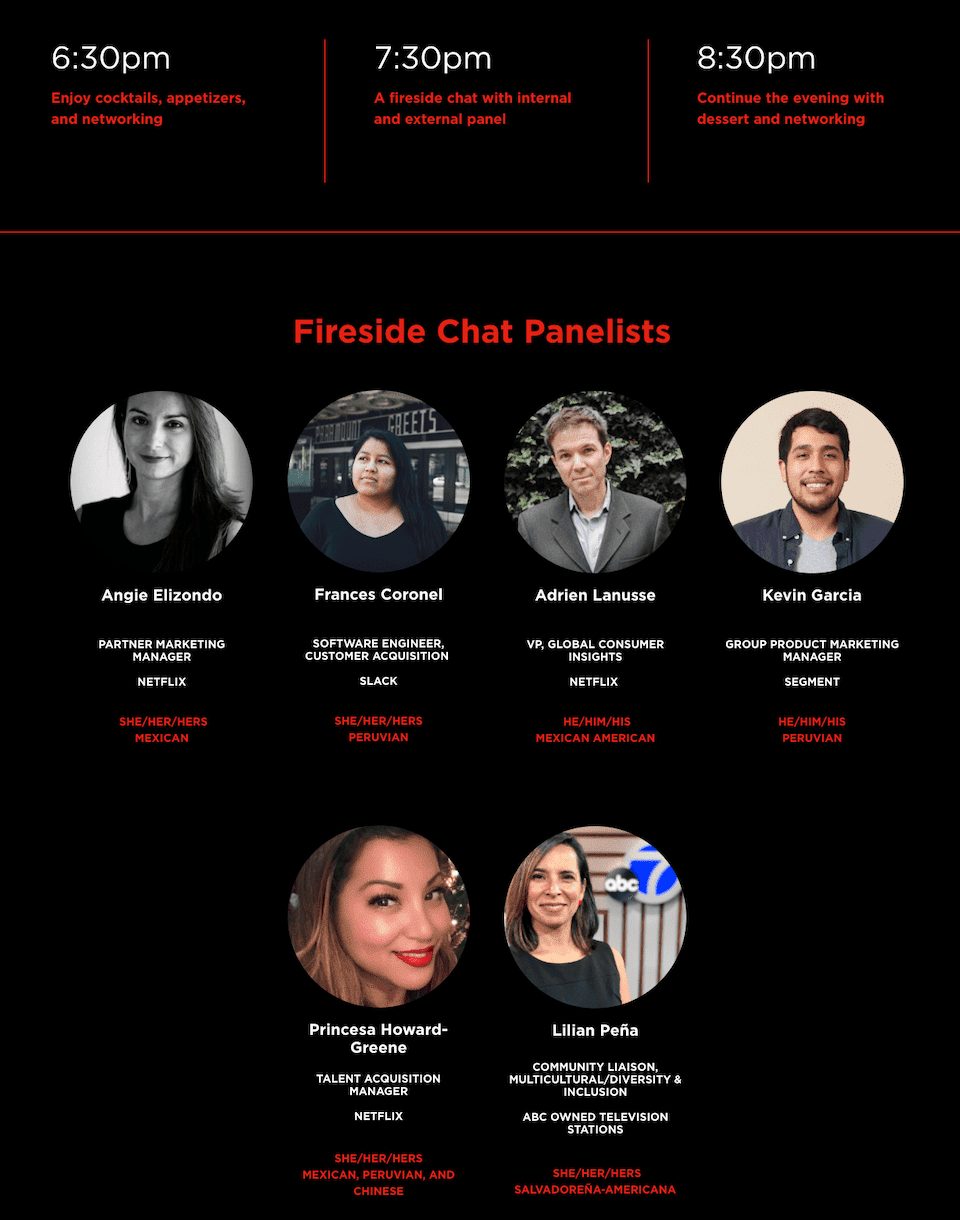 On defining Latinx identity – “We’re all beautiful. Our differences are our beauty and we all comprise a togetherness. We’re not a family tree, we’re a big forest.” #SOMOSNetflix

Kicking off this exciting panel with mi gente @netflix ! #SOMOSNetflix Latinx in the Workplace supporting inclusion and diversity! 🙌🏽 pic.twitter.com/FByUZt0RBD

Here’s to coming down, yet staying on the high from @Netflix panel discussion with 💯s of #Latinx professionals from all #business segments. @LatinoCommFdn – I was there because of you. Gracias Familia! 📸 by: @victoriasdealba #SomosNetflix #CreoEnTi #CreoEnMi pic.twitter.com/6oFpU1B41Z

We were invited to participate in a panel discussion about diversity & inclusión, #Latinx experiences in the workplace and how identity connects and affects content creation. @netflix @WeAreNetflix #SomosNetflix #Networking
(Auditorium photo by: Angel C.) pic.twitter.com/YjxrMGFCfd

I am now following @fvcproductions after having met at @Netflix @WeAreNetflix event last night. SHE. IS. Peruvian-American 🇵🇪 A Software Engineer @slackhq 🐳 Lead @TechqueriaSF 🌮
I'm totally going to check out her @TechQueensPod 🎙️@HugoBalta – Frances is one to follow!

Hola @KarinaCBell – I know you're getting ready for your BIG LIVE @Twitter event with Comcast. I'll be joining the conversation as #MomsInLeadership. In the meantime, introducing you to a new connection I made @fvcproductions @TechQueensPod #SomosNetflix #Latinx https://t.co/Z8YqD4Oaam